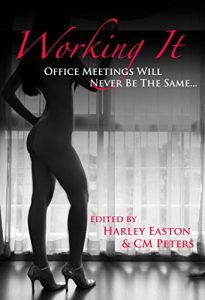 I have a new story featured in an anthology. Working It is a collection of sixteen stories that explore sex in the working world. Everybody’s working it, grinding away at the nine to five, when all we really want to do is escape to take a hot tumble on the boss’s desk. Let this sexy collection whisk you away from the office. Will you succumb to the casual charm of your new client, tip over the edge for your warehouse trainee, or get a long-thought of revenge on the supervisor making your life hell? White collar. Blue collar. It doesn’t matter what collar you’re wearing once the shirts come off. Leave the office behind with Working It.

Published by SinCyr Publishing, edited and launched by Harley Easton and CM Peters.

I’ve worked in a variety of places, some dull and some full of rumours about who is doing who on what desk. I’m fascinated by the dynamics of the boss/subordinate relationships and the gossip that surrounded the little flirty advances in the workplace. The first day after the debauched Christmas party was always a fun one!

My story for this anthology is called Power Play. It taps into the excitement that can occur in the office at night.

What would you do if you had no supervision and a need to work out your sexual needs? 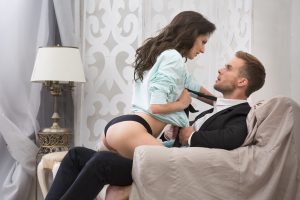 Power Play focuses around an established married couple who can’t find the time to enjoy each other the way they want to. We’ve all heard people joke that couples with kids don’t have sex, which I know isn’t true but having children means you might have different constraints to your sex life than you had before. Most of the stories I’ve read online that feature couples are usually about affairs or break-ups.

I wanted to tell a different side.

So we have a married couple and an office at night. What could go wrong? I couldn’t write a story about the office without including a hideous boss. Most of us have had a boss we didn’t like, for whatever reason. The boss in Power Play may not be exactly like one you’ve had but some aspects may be familiar. The ones in my life sometimes got their comeuppance but I can’t promise the same for the one in this story.

To find out more about Power Play you’ll have to read it. You can buy it here.

But before you go here is a little treat.

An excerpt from Power Play

Picking up the phone, she returned the sentiment with a wave as the only voice that could turn her grimace into a smile trickled into her ears. “Hey, honey.”

They weren’t always a passionate couple; sometimes the way Simon picked at his fingers made her want to tie his hands together while she pushed him out of bed. But no one could reach inside her stomach and drop it from the highest height with a few whispered words like he could. It made her change of plans more difficult to share. She fluffed the paper of her notebook unsure how to start.

“I hope those are the sounds of you packing up. The table is booked for 7.30pm and I can’t wait to watch you get ready. You know that’s one of my favorite parts of a night out with you. It never fails to remind me how lucky I am to be your husband.”

She smiled at the sweetness of his words but the smile quickly turned into a sad squeeze of her lips. “I love that too,” she replied wistfully.

“What’s wrong?” Simon asked but she knew he’d know. It was the same thing that was always wrong these days. “What’s the witch done now?”

“I can’t go out tonight. She’s given me the end of quarter figures to complete. I’m not going to be home for at least another four hours,” she replied, absentmindedly thumbing the stack of papers in front of her.

“Then I’ll bring dinner to you. The kids are at your sister’s, we might as well spend the evening together, even if I have to come back into work.”

“But with you here, I won’t get anything done. Have a night to yourself, you don’t get one often. Enjoy the opportunity to chill out.” The sighing response made her despondency acuter.

“I had plans for you tonight,” his voice had dropped to nearly a growl. It was his tell-tale sexual timbre. It was for the best he wasn’t coming anywhere near the office; she wouldn’t be able to resist him. “I could still fulfill those plans with you at the office.”

A flush slowly crept up her body. It filled her limbs, even the tips of her fingers felt the first sparks of arousal. How could the suggestion of office fun be such an instant aphrodisiac?

To take a look at my other books please go to the Books section of my website here. It includes a short story that was inspired by one of my previous workplaces. Check out Work for Me for another office based encounter. It begins with a sexy young carpenter one alcohol fuelled night.